Presentation and discussion of the reports prepared by the Independent Evaluation Office (IEO) of the International Monetary Fund (IMF):

- IMF Advice on Unconventional Monetary Policies
This report evaluates how the IMF responded through its advice to both the initiators of unconventional monetary policies (UMP) and to countries affected by the cross-currents. Lessons from this evaluation are very relevant as monetary policy seems likely to remain a central policy focus, especially as the next global economic slowdown may well arrive with many central banks having very limited room for conventional easing.

- IMF Advice on Capital Flows
This Issues Paper discusses the motivation, scope and themes of an IEO evaluation of IMF advice on international capital flows. With increasing international integration of financial markets, advice on how to garner the benefits of capital flows while containing potential risks—and dealing with crises when such risks materialize—has been an important part of IMF work since the early 1990s. Recent challenges faced by emerging market countries in dealing with volatile capital flows in the wake of the Global Financial Crisis (GFC) has brought further attention to these issues. Against this background, the Fund’s work on dealing with capital flows has evolved substantially over the past ten years, notably with the adoption of an Institutional View in 2012 aimed at providing a coherent framework for IMF advice in this area.

The Independent Evaluation Office (IEO) was established in 2001 to conduct independent and objective evaluations of Fund policies and activities. Under its Terms of Reference, it is fully independent from the Management of the IMF and operates at arm's length from the Board of Executive Directors. The IEO's mission is to: Enhance the learning culture within the Fund, Strengthen the Fund's external credibility, and Support Institutional governance and oversight. 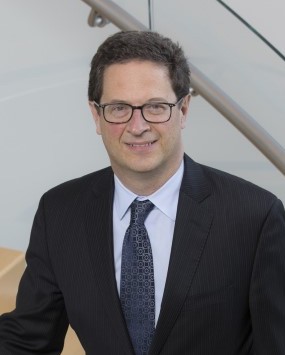 Dr. Charles Collyns joined the IEO as Director in February 2017, after working as Managing Director and Chief Economist at the Institute of International Finance for 3 1/2 years. He served as Assistant Secretary for International Finance at the US Treasury Department from February 2010 to July 2013. Prior to joining Treasury, he worked at the IMF, including as Deputy Director in the Research Department responsible for the World Economic Outlook and Deputy Director in the Western Hemisphere Department. He holds a doctorate in economics from the University of Oxford and a BA from the University of Cambridge.