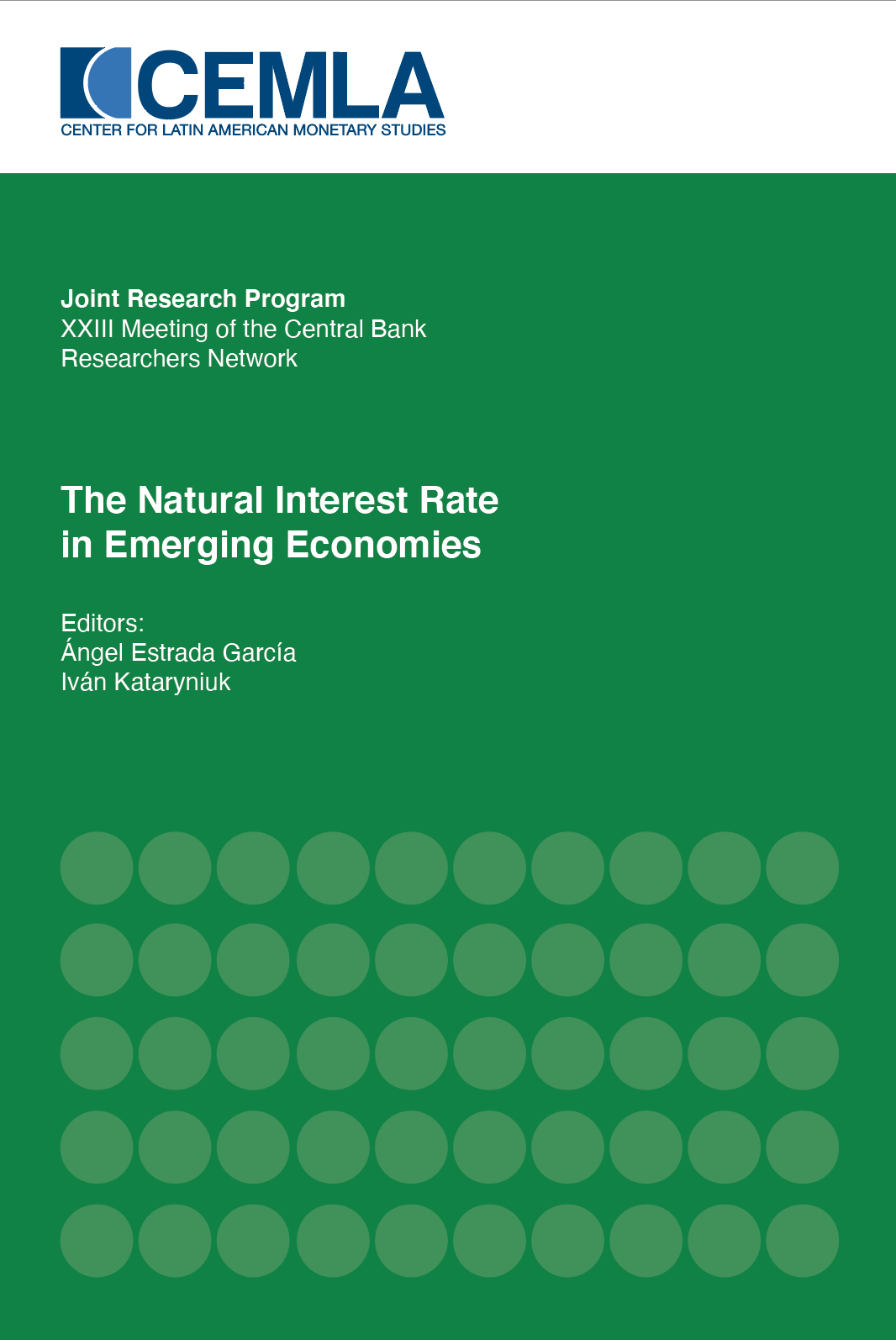 Since the early 1990’s, the transmission mechanism of monetary policy in Jamaica has been extensively researched. Most of this research focused on the speed and the effectiveness of the transmission. This paper extends the existing research by focusing on estimating and assessing the usefulness of the neutral rate of interest to the conduct of monetary policy. While the concept of the neutral rate is well-grounded in theory, as an unobservable variable, there are several proposed methods of estimation. In this paper, we estimate the neutral rate for Jamaica using four methods commonly found in the literature. Based on these methodologies, the real neutral rate is estimated to range between -2.6% to 2.6%, or 2.4% to 7.6% in nominal terms. This implies that the Bank of Jamaica’s current monetary policy stance has been fairly accommodative given recent sub-optimal trends in inflation and growth.

Monetary Policy in Costa Rica: An Assessment Based on the Neutral Real Interest Rate

In this study we assess the monetary policy stance in Costa Rica during the 2009-2018 period using an indicator of the real policy rate gap. We obtain estimates of the real neutral interest rate by using six methodologies, whose empirical consistency is evaluated in order to decide whether they are used in the final estimation. The updated value for the real neutral interest rate is 1.54%.  The policy rate gap indicator shows appropriate empirical properties, among them a negative lead correlation with the output gap and core inflation.  This suggests that the policy rate is successfully influencing the marginal cost of liquidity for financial intermediaries.  Our analysis suggests that monetary policy in Costa Rica has responded mainly to inflation movements not related to temporary shocks, and that some policy adjustments could have been swifter.

The purpose of this document is to present a first estimate of the Neutral or Natural Real Interest Rate (NRIR) for Honduras, which is defined as the unobservable interest rate consistent with the potential Gross Domestic Product (GDP) of an economy and with an unemployment rate that does not accelerate inflation (NAIRU); therefore serves as a reference for the analysis of the monetary policy stance of central banks. For its measurement, quarterly information is used for the 2005-2016 period, using several methodologies that although they differ in their approach, they do not present much variation in their results. On the other hand, because there is not a consensus on which is the most appropriate technique, the methodologies used for the estimations for Honduras are selected on the basis of the available information for the country. Therefore, the results are obtained using: the average of the ex ante real interest rate for a long period in which inflation behaved relatively stable; the Hodrick-Prescott (HP) filter to extract the trend of the real interest rate; and the Baxter and King filter (BK) to extract the cyclical element from a series. In addition, an estimate is obtained from the uncovered interest rate parity condition and from a semi-structural model using the Kalman filter adapted to the conditions of the Honduran economy. The estimates obtained from these different techniques reveal an average for the period analyzed for the Neutral Interest Rate in current values between 6.69% to 8.08% and in real values from 0.77% to 2.16%; similarly, it is found that in recent years the interest rate has shown a gradual decrease associated in part to a lower Monetary Policy Rate (MPR), combined with low levels of inflation and relatively stable economic growth.

Neutral Rate of Interest: The Case of the Dominican Republic

The Natural Rate of Interest: A Benchmark for the Stance of the Monetary Policy in Bolivia

The Natural Rate of Interest for an Emerging Economy: The Case of Uruguay

Vast evidence indicates that the so-called natural rate of interest has experienced a sustained fall in both advanced and emerging economies over the last 25 years. This situation threatens the central bank’s ability to guide relevant macroeconomic variables close to their welfare-maximizing path because the range of maneuver is reduced a great deal when interest rates descend to the zero lower bound. In this document, I try to estimate the natural interest rate (NIR) for Uruguay, a small, open and dollarized emerging economy where monetary policy implementation has changed drastically, splitting the sample in two. The methodological approach is aimed at providing a novel framework for analyzing the long-run fundamentals of the NIR and also for explaining the reasons for short-run discrepancies between the real rate and its long-run equilibrium value. It is hoped that the fundamentals-based model adds to the myriad methods current in use at the Banco Central del Uruguay to estimate the NIR.

In this paper, we argue that foreign and domestic structural factors may explain the decline of the long-run convergence level of the neutral rate of interest in Mexico. In particular, we find that low-frequency changes in the neutral rate may be attributed to increasing domestic savings, demographics shifts, and a decreasing global long-run real interest rate. These results are largely consistent with other studies showing that the neutral rate has decreased in the last 25 years in advanced and emerging economies alike.

In this paper we use a calibrated version of the Quarterly Projection Model (MPT, for its acronym in Spanish) to jointly estimate the output gap, potential output growth and natural interest rate of the Peruvian economy during most of the inflation targeting regime (between 2002 and 2017). The MPT is a semi-structural dynamic model used by the Central Reserve Bank of Peru for forecasting and policy scenario analysis. The model functions as a multivariate filter with a sophisticated economic structure that allows us to infer the dynamics of non-observable variables from the information provided by other variables defined ex ante as observable. As the results from the Kalman filter are sensible to these variables declared as observable, we use five groups of variables to be defined as such to build probable ranges for our estimates.

The results indicate that the estimated output gap is large in amplitude and highly persistent, while potential output growth is very smooth. Therefore, most of the variation in economic activity during the inflation targeting regime can be attributed to the former. As expected from a small open economy, a historical decomposition exercise shows that output gap dynamics are mainly influenced by external factors (real and financial). The estimation of the output gap also proves that monetary policy has been extensively responsive to this leading indicator of inflation. Meanwhile, the real natural interest rate is estimated to be considerable stable, averaging 1.6% in the sample with only a sharp decline to 1.3% during the financial crisis.

The main finding of the paper, however, is that there has been a steady deceleration of potential output growth since 2012. A growth-accounting exercise proves that this trend is mostly explained by a reduction in total factor productivity (TFP) growth during the same time frame. Nonetheless, the drop of capital and labor contributions jointly explain almost a third part of average potential output growth slowdown between 2010-2013 and 2014-2017.