The Center for Latin American Monetary Studies (CEMLA) is organizing its XXVII Meeting of the Central Bank Researchers Network, to be held on November 9 - 11, 2022. CEMLA invites contributions from papers in which at least one co-author is affiliated to a CEMLA Member Institution (Associate or Collaborating). Notwithstanding the above, authors affiliated to other external institutions are also welcome to submit their papers, for whom a limited amount of slots in the program will be considered.

Papers accepted for presentation will be followed by a discussion from another speaker within the session. Accepted papers, as well as presentations and discussions, will be posted on the Conference website to facilitate the discussion among participants.

A special issue of the Latin American Journal of Central Banking (LAJCB) will include selected papers presented at the conference. Authors who wish their paper to be considered for the Special Issue, should clearly indicate this in their conference submission.

August 22, 2022. Notification of acceptance of paper

Enrique G. Mendoza is Presidential Professor of Economics at the University of Pennsylvania and Managing Editor of the Journal of International Economics. He joined Penn in 2013 and served as Director of the Penn Institute for Economic Research from 2014 to 2020. Before that, he was Neil Moskowitz Professor of Economics at the University of Maryland and held positions at Duke University, the Board of Governors of the Federal Reserve, and the IMF. He is a 1989 Ph.D. from the University of Western Ontario, an NBER Research Associate, and member of the BIS Advisory Panel and the Latin American Shadow Financial Regulatory Committee. He has served in the NSF Economics panel and in the editorial boards of several journals, including the American Economic Review. In 2017, he was awarded the ECB’s Wim Duisenberg fellowship. His research focuses on international capital flows, financial crises, sovereign debt and international business cycles. His main publications include: ‘Optimal, Time-Consistent Macroprudential Policy,’ with J. Bianchi, Journal of Political Economy, 2018, ‘A General Equilibrium Model of Sovereign Default and Business Cycles’ with V. Yue, Quarterly Journal of Economics, 2012, ‘Sudden Stops, Financial Crises & Leverage,’ American Economic Review, 2010, ‘Financial Integration, Financial Development and Global Imbalances,’ with V. Quadrini and J. V. Rios-Rull, Journal of Political Economy, 2009, and ‘Real Business Cycles in a Small Open Economy,’ American Economic Review, 1991.

Pablo A. Guerrón-Quintana is a Professor in the Economics Department at Boston College. Previously, he was a Senior Economic Advisor and Economist at the Federal Reserve Bank of Philadelphia. He has also been a Visiting Scholar at Duke University and the Federal Reserve Banks of Atlanta, Cleveland, Kansas City, and Philadelphia. He holds a Ph.D. and an M.A. in Economics from Northwestern University. His research interests cover labor mobility and fiscal/monetary policy, new endogenous productivity, sovereign default, and time series forecasting. He is also interested in the formulation, solution, and estimation of dynamic general equilibrium models. His main publications appear in American Economic Review, Journal of Monetary Economics, Journal of Econometrics, Journal of International Economics, among others. 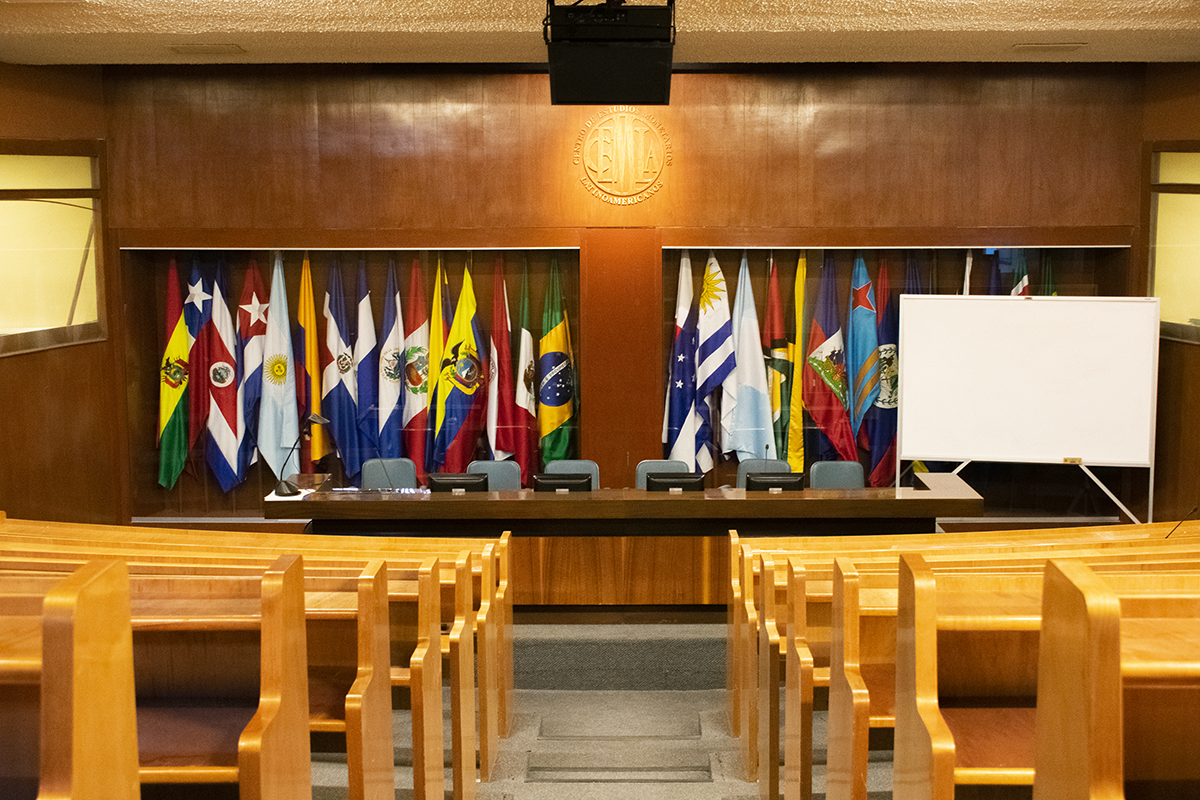 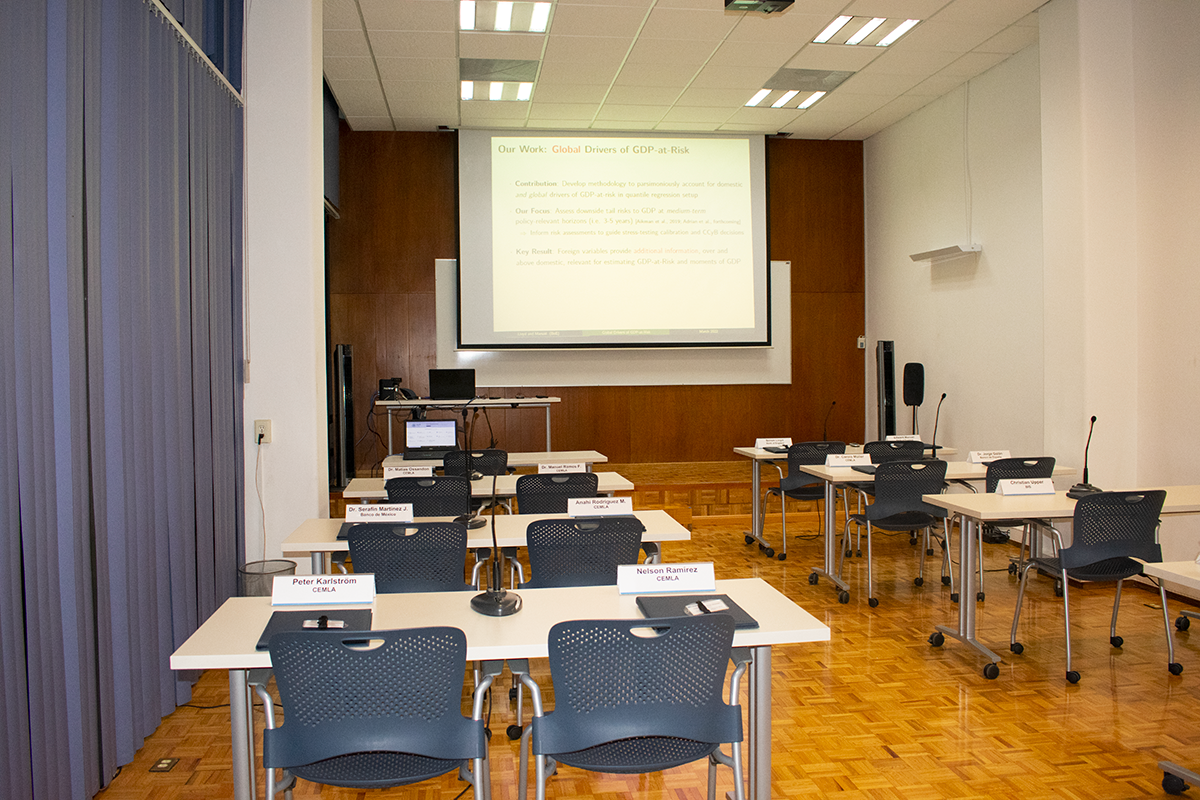 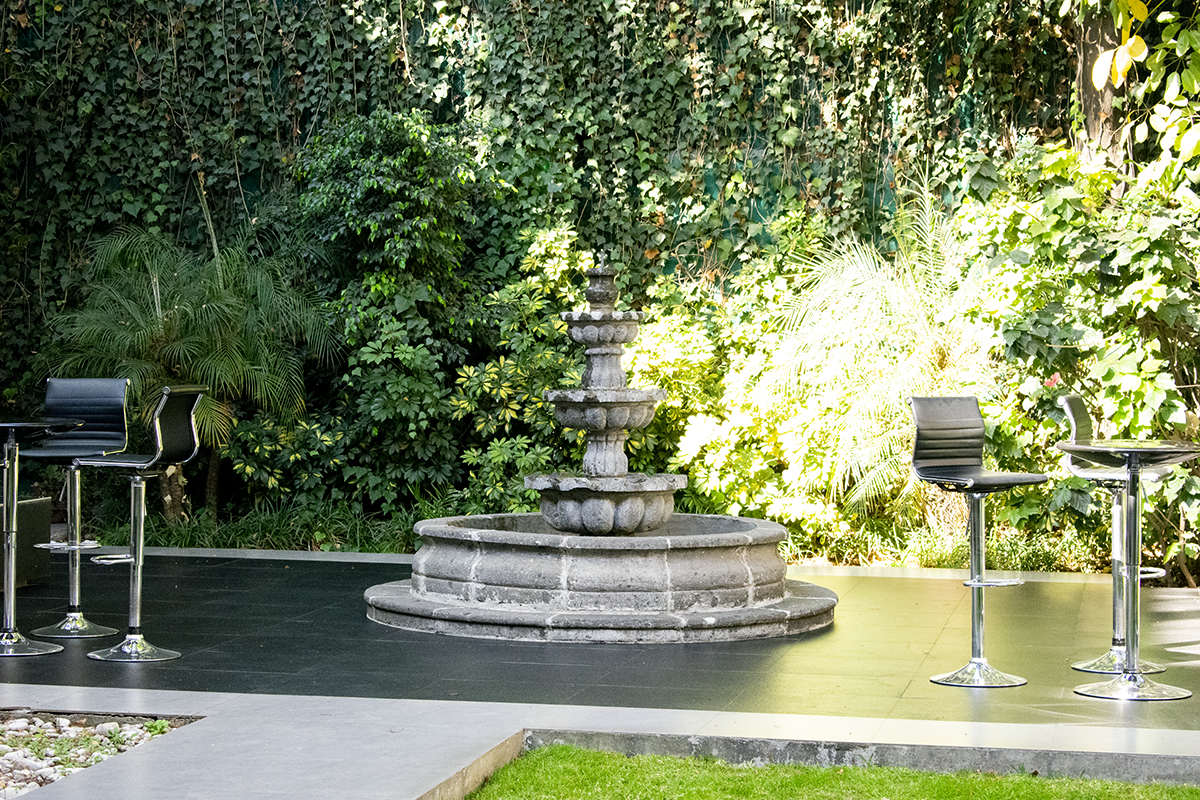 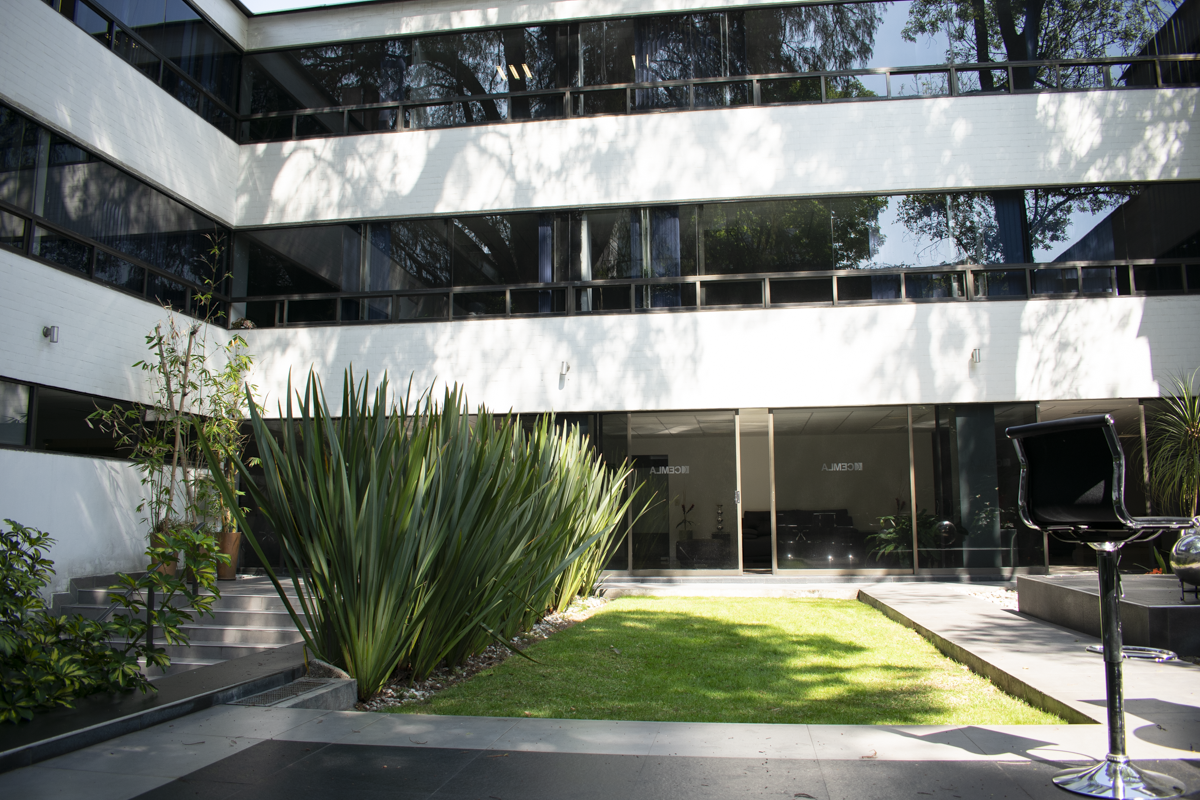 Mexico City is located near the center of the country, at an average altitude of 2,300 meters above sea level, bordering the State of Mexico and the state of Morelos. The capital is connected by land to multiple destinations.

Mexico has a time difference with Greenwich Mean Time of -6 hours throughout its territory. The country has a daylight saving time that begins in April 3, 2022 and ends in October 30, 2022.

In Mexico City, the wet season is warm and overcast and the dry season is comfortable and partly cloudy. Throughout the year, the temperature usually ranges from 6°C to 26°C and is rarely below 3°C or above 30°C.

The warm season lasts for 2.5 months, from March 22 to June 8, with an average daily temperature above 20°C. The hottest month of the year in Mexico City is May, with an average high of 27°C and low of 13°C.

The cool season lasts for 2.5 months, from November 19 to February 3, with an average daily high temperature below 22°C. The coldest month of the year in Mexico City is January, with an average low of 6°C and high of 22°C.

All participants are responsible for all Passport and visa formalities, and if needed, to comply with health regulations.

Citizens of certain countries require a visa to enter Mexico. In the following link you will find a list of citizenships which require visas: Countries that require visas.

Exceptions apply if you have a visa or if you are a permanent resident of the United States, Canada or Europe. If you are a citizen of a country requiring a visa, please contact the closest Mexican consulate at: Mexican consulates. For more information, please click here.

If you require an invitation letter in order to obtain the visa, please email us at: mlalonso@cemla.org specifying your current affiliation and title of the paper that you will be presenting.

You will be able to make currency exchanges at exchange houses and in some bank offices. It is recommended to exchange money at the airport since exchange houses and banks near CEMLA and the suggested hotels are closed on weekends, and close early during the week (around 16:00 hrs). Usually, ATMs are available 24 hours. You may draw cash using international debit and credit cards with worldwide brands, like Visa, Mastercard, Visa Electron and Dinners. For more information, please visit (Banco de México) here.

The Benito Juárez International Airport in Mexico City is located 13 kilometers from the Downtown. It has two terminals which are identified by Terminal 1 and Terminal 2 and both are connected by aerotrain and free bus transportation. For more information, you may find the airport website here.

When arriving to Mexico City, transportation from the airport to hotels can be done by transportation apps (such as Uber, Cabify, Didi and Lyft, among others), or taxi. For taxi transportation it is important to select a taxi company inside the airport (there are different options to select from once you exit customs and immigration), pay the cashier inside the airport and ask for the cab in the corresponding exit. The Mexico City International Airport (AICM) offers spaces or boarding areas for the use of authorized cabs accredited by the Ministry of Communications and Transportation (SCT) and regulated by the Airport, for more information on authorized cabs click here.

For transportation in Mexico City, we recommend participants to use transportation apps or taxi service taken from “SITIO” stands. We recommend that participants avoid taking taxis from the street. SITIO stands can be found in several locations and phone numbers to call for taxis can be obtained in the hotels.

CEMLA, will not provide transportation services. 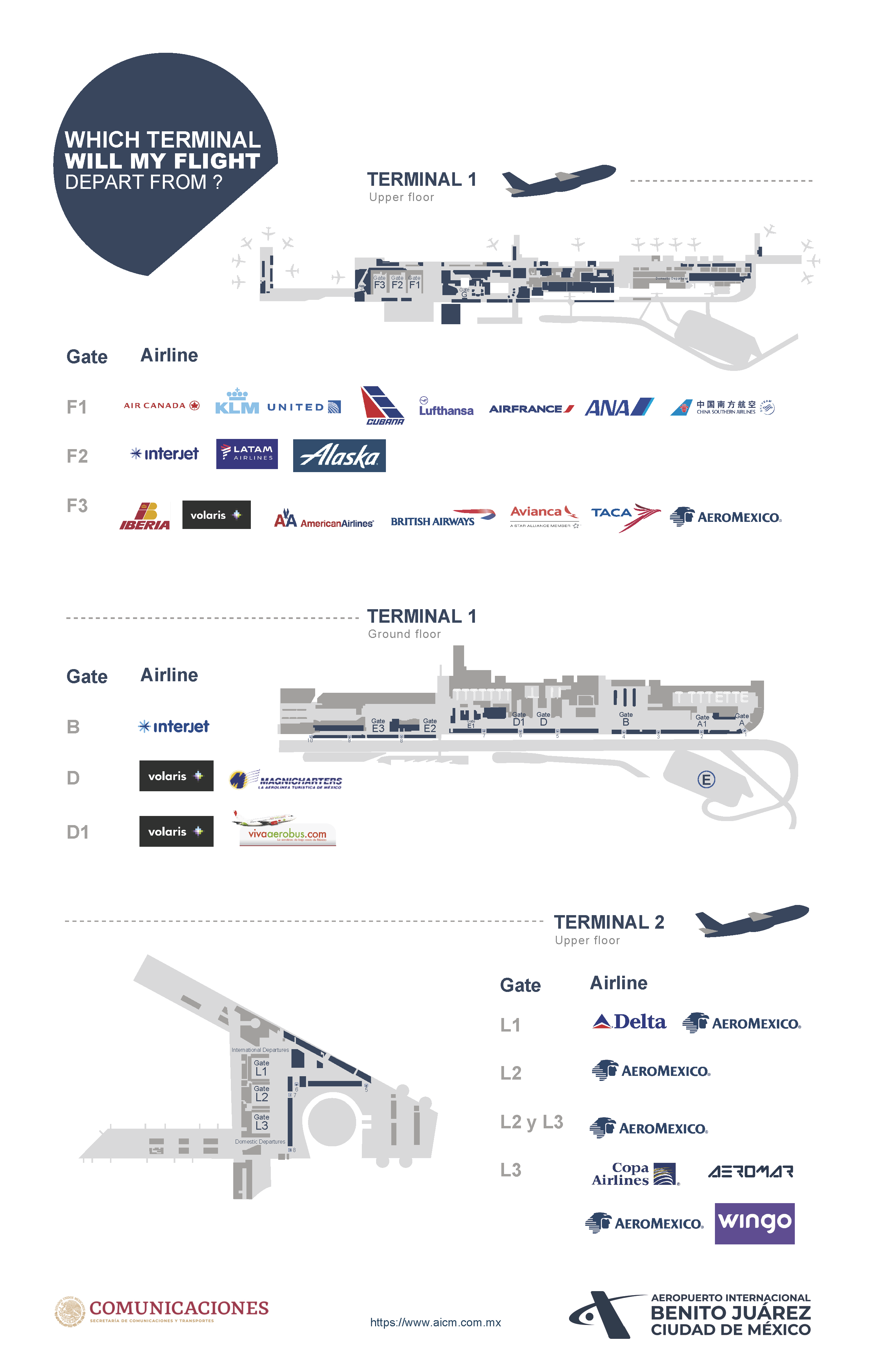 The following table shows CEMLA’s recommended hotels, the rates available to events participants and hotel contact information. Booking hotel is the visitors’ responsibility. Consider that hotels usually request a credit card to guarantee the reservation. For any of the booking options, remember to add 3% ISH tax and 16% VAT.

To receive the corporate rate in the recommended hotels you must specify the name of CEMLA. Any change of rates is the responsibility of each hotel. Even though some bookings can be made online we recommend contacting the hotel directly to make sure the group rate is given. 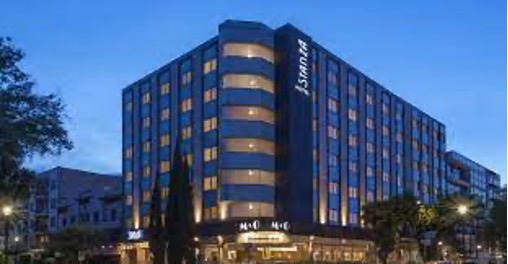 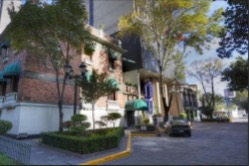 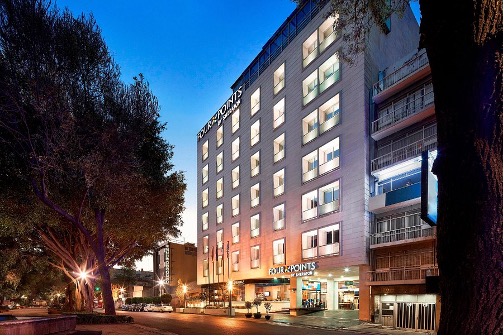 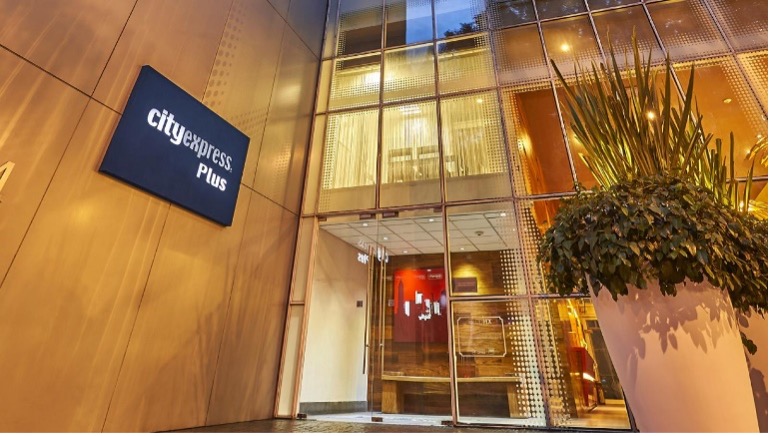 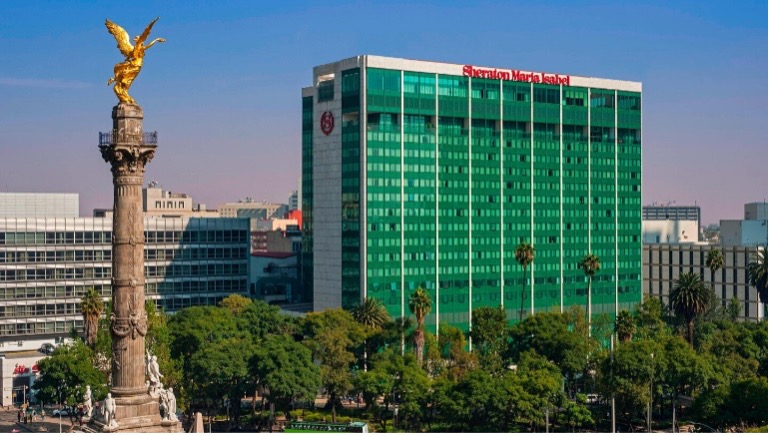 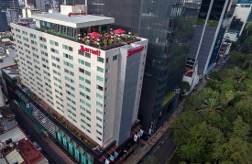 Mexico City is a unique visitor destination offering a wide range of attractions combining historic and modern-day life in a vibrant and friendly atmosphere. Take a day to visit the pre-Hispanic ruins of Teotihuacan, or visit the Centro Histórico and marvel at its rich architecture form the Catedral and Plaza del Zócalo to Palacio de Bellas Artes, visit world-class museums, or spend the day at some of the modern-day bustling neighborhoods and enjoy a fine dining experience at some of the world’s top-rated restaurants. For more information visit: http://cdmxtravel.com/en/.

Mexico City offers a wide variety of restaurants most of them located in the tourist areas of Polanco, Roma and Condesa near the Conference Venue.

If you are planning to stay an extra day or two in Mexico City, we recommend taking a day to visit the Centro Histórico, Coyoacán, Reforma Avenue, Colonia Roma, Xochimilco, and Chapultepec.

A day trip to Teotihuacan to see the pyramids can be arranged with the hotel concierge.

Mexico City offers some world class museums including the Anthropology Museum, the Museo Soumaya, and the Interactive Museum of Economics.