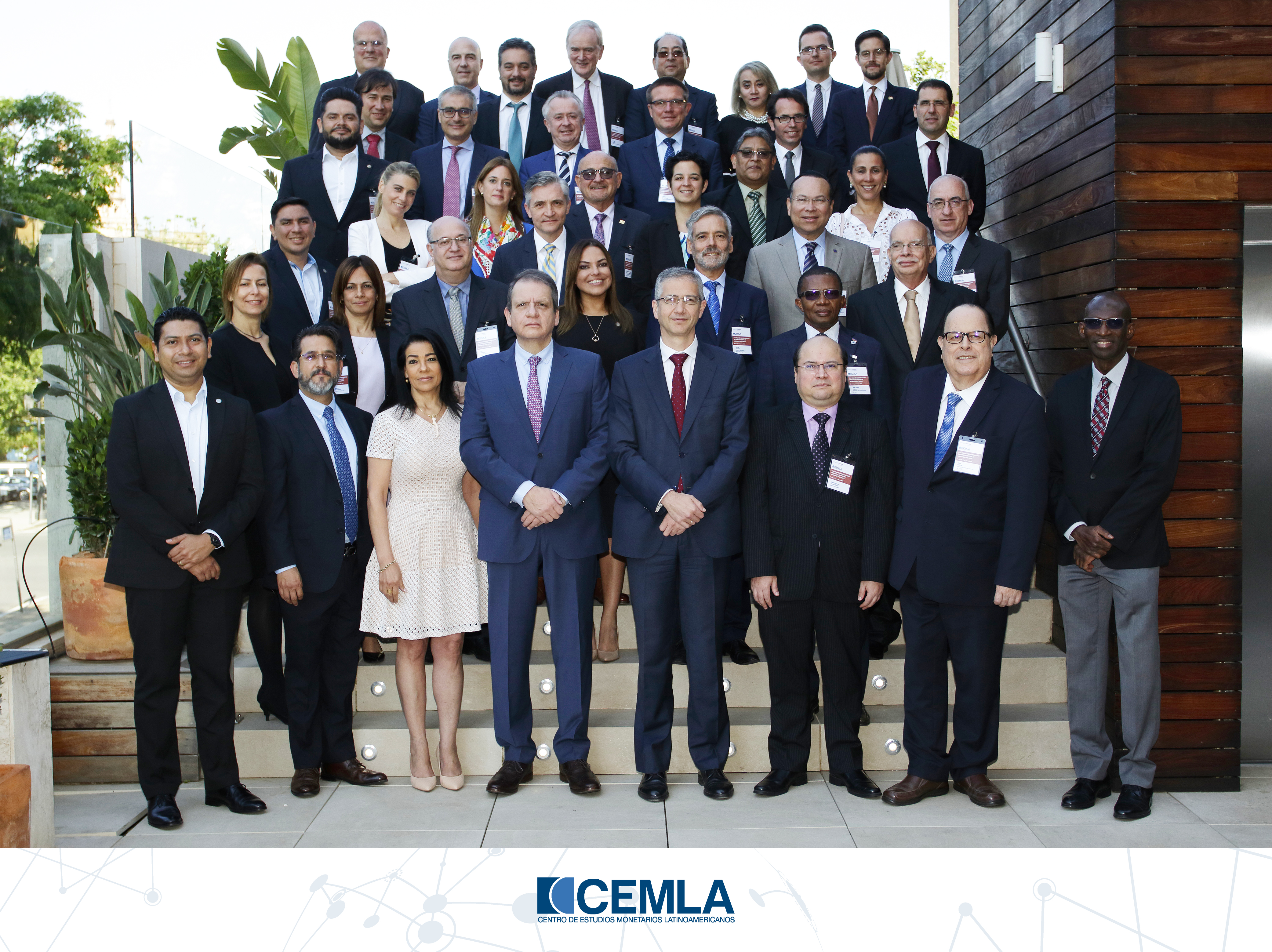 The CXII Meeting of Governors of central banks members of the Center for Latin American Monetary Studies (CEMLA) was organized jointly with the Banco de España and held on May 5 and 6, 2022 in Seville, Spain.

As is tradition, the Meeting aimed at exchanging information among monetary authorities on the main current issues in the international economy and financial markets, with special attention to those that have an impact on Latin America. For the first time, the Banco de España joined this Meeting as an Associate Member of CEMLA, after more than three decades as a Collaborating Member.

The Meeting was welcomed by Dr. Pablo Hernández de Cos, Governor of the Banco de España, and Dr. Manuel Ramos Francia, Director General of CEMLA. The session began with a presentation by the General Manager of the Bank for International Settlements (BIS), Dr. Agustín Carstens Carstens, on Central Bank Digital Currencies (CBDC). Dr. Ilan Goldfajn, Director of the Western Hemisphere Department of the International Monetary Fund (IMF), and Dr. Manuel Ramos Francia spoke next, addressing the international and Latin American economic and financial outlook.

The following sessions were devoted to the challenges for monetary policy and financial stability at the current juncture, and to reviewing the main issues on the agenda of the Basel Committee on Banking Supervision. The conference closed with a session on the implications of the war in Ukraine for the global economic order.

Speakers at these sessions included Dr. Willem Buiter, Adjunct Professor at Columbia University and Adjunct Member of the External Relations Council; Mr. Luis de Guindos, Vice President of the European Central Bank; and Dr. Gillian Tett, Chair of the Editorial Board and Managing Editor of the Financial Times.

Agenda of the event

Tobias Adrian is the Financial Counsellor and Director of the Monetary and Capital Markets Department of the International Monetary Fund (IMF). Prior to joining the IMF, Mr. Adrian was a Senior Vice President of the Federal Reserve Bank of New York and the Associate Director of the Research and Statistics Group. Mr. Adrian has published extensively in economics and finance journals, including the American Economic Review and the Journal of Finance. His research spans asset pricing, financial institutions, monetary policy, and financial stability, with a focus on aggregate consequences of capital markets developments. He has taught at Princeton University and New York University. He is member of the editorial boards of the International Journal of Central Banking and the Annual Review of Financial Economics. Mr. Adrian holds a Ph.D. from the Massachusetts Institute of Technology in Economics, an MSc from the London School of Economics in Econometrics and Mathematical Economics, a Diplom from Goethe University Frankfurt and a Maîtrise from Dauphine University Paris. He received his Abitur in Literature and Mathematics from Humboldtschule Bad Homburg.

Matias Ossandon Busch is Director of Financial Stability at the Center for Latin American Monetary Studies (CEMLA) and Research Fellow at the Halle Institute for Economic Research (IWH) in Germany. He holds a PhD in Economics from the University of Magdeburg and has been visiting researcher at the German Bundesbank, at the Bank of England, and at the Norwegian Central Bank, among other institutions. He has been also lecturer in the fields of econometrics, corporate finance, and international financial stability at the Universities of Magdeburg (Germany) and Adolfo Ibáñez (Chile). His research focuses on the impact of international banking and regulation on financial stability. He is also Associate Editor of the Latin American Journal of Central Banking.

Lucyna is a Senior Economist in the Prices and Costs Division at the ECB. She is currently on leave from the IMF, where she worked on a range of macrofinancial projects, including FSAPs for Austria, Colombia and New Zealand. She holds a PhD from the University of Amsterdam. Her research interests focus on financial stability, monetary and macroprudential policy issues. Her work has been published in the Journal of International Economics, Journal of Banking and Finance, ant the Economic Policy Journal.

Simon is a Senior Research Economist at the Bank of England, working in both the International Directorate and the Macroprudential Strategy and Support Division. He joined the Bank in June 2017 after completing his PhD at the University of Cambridge. Simon’s research interests span international and monetary economics, and macro-finance. He has a particular interest in global macroeconomic modelling and the analysis of cross-border spillovers.

Ed is an Economist at the Bank of England, working in the Macroprudential Strategy and Support Division. He joined the Bank in September 2018 after completing his MSc at University College London. Ed’s research focuses on international economics and financial stability.

Thibaut Duprey is the Director of Model Development and Research in the Financial Stability Department at the Bank of Canada. His main interests include macro-financial linkages, banking theory, systemic risks, financial crises, and the associated prudential policies. In addition, he has contributed to the integration of financial stability considerations in the monetary policy framework. Before joining the bank, he was an economist at the Financial Stability Directorate of the Banque de France. He received his Ph.D. in Economics from the Paris School of Economics.

María Victoria Landaberry is the Head of the Financial Stability Department at the Central Bank of Uruguay. She has more than 10 years of experience working in the financial system. She is in charge of the Program Area in Data Science, and a professor of fundamentals statistics at UTEC. Ms. Landaberry has a background in Economics and holds Master’s degree in International Economics from the University of the Eastern Republic of Uruguay. In 2021 she obtained the professional Master in Data Science from the Technological University of Uruguay.

Rafael Nivin is currently Head of the Department of Financial Research in the Central Reserve Bank of Peru. Previously, he works as a senior economist in the Department of Macroeconomic Modelling at the Central Reserve Bank of Peru. He holds a MSc and a PhD in Economics from the University of Illinois at Urbana-Champaign (USA) and Diploma in International Economic Research from the Kiel Institute for the World Economy (Germany). His research is related to macrofinancial risks to financial stability and the effects of macroprudential policy.